During another snow storm and being completely sick of the cold Wisconsin weather, Erin and Andy decided on taking a vacation somewhere warm, sunny and although Erin didn’t know – life changing.

Last minute they meet with their wonderful and helpful travel agent, who priced out a perfect vacation through an Apple- Square deal.  (This is an option for last minutes travelers but you don’t find out your resort until you arrive at the airport. Limiting Andy’s ability to plan for the upcoming events) Four weeks later – Erin and Andy headed to the Secrets Resort in Riviera Maya, Mexico.

Although this was an amazing vacation – there were a few bumps along the way.

Starting at the airport, Andy held his carry-on tight, knowing there was an expensive item that had to make it to Mexico safely and no one was going to make that easy.

In airports, the red/green light is their way of randomly selecting those who will have their luggage searched. You press a button after immigration and you have wait and see what color you get. Erin passes with a bright and exhilarating green light. Andy isn’t so lucky; he gets RED resulting in a Spanish speaking worker emptying out his bags on a table.  Nervous and anxious, Andy tells Erin, “This is so embarrassing, and can’t you just wait over there?”  Now Erin was quite confused and thought he was being a little childish because who honestly cares that he got the red light but she stomped over to the corner and waited as Andy tried telling the Spanish speaking lady to please be careful. (note: Andy does not know Spanish) Andy was thinking in his head he was going to have to get down on one knee in the Cancun Airport, not the proposal he would have wanted and thankfully he didn’t have to.

Next adventure was the shuttle to the resort. In typical Erin fashion, she took LOTS of pictures of everything out the bus window on the way… then they arrived at the resort, camera-less.  Not sure where the camera went and definitely not the way Andy or Erin wanted to start the trip.  Although they tried to recover the lost camera, they didn’t let it bring them down.  Anyways, Erin brought her tablet and could take pictures of the rest of the trip.

After their first delicious dinner, Erin and Andy asked the hostess what wasn’t included in the all-inclusive resort. The helpful hostess listed off all the activities that were an additional cost to guests and one caught Andy’s attention.  A moonlit cabana dinner on the ocean front.  Andy then asked Erin if they should book it?  This seemed a little odd since all the food was included, why would we spend hundreds on a dinner? – but Andy convinced Erin it was vacation and when else would they get to experience it. Good thing Erin trusts Andy 🙂 and they booked the dinner for that following evening.

Since this was their first full day, Andy and Erin filled it with fun, sun, food, and drinks! Lots of drinks! Before the dinner, Erin took a few pictures of the both of them all dressed up with her tablet. Andy was having a hard time with the ring in his pocket and Erin continuing to get too close for Andy’s comfort. But again, Andy survived and no ring was seen.   Erin and Andy got greeted in the lobby and escorted to their private cabana on the ocean front.  Lit up with candles and lights was a beautiful table looking out to the ocean.  As Erin and Andy ate their 5 course meal, Erin started to notice Andy was acting a little weird…did he get too much sun? Were the drinks too strong? Bad food? Orrr was this the moment she was waiting for!!?!?!

Before dessert came to the table Andy asked Erin if she wanted to go slow dance under the moon light. (Andy loves to dance, anywhere and everywhere with Erin. Usually it’s in the middle of the street or a crowded restaurant, places that aren’t typical for dancing, resulting in Erin’s decline of the offer) This time Erin didn’t decline and joined Andy under the moonlit sky with the ocean waves crashing and the sound of music from the resort. Andy held Erin and rocked gracefully back and forth, he started to hold her a little tight.  Erin started to get butterflies, she could sense Andy’s nervousness starting to kick in. Andy kissed Erin’s head and held her even tighter. As he pulled back and looked in her eyes, he told Erin he wanted to make this the most special night of her life and one she would never forget. Andy reached in his pocket and held the most beautiful sparkling diamond engagement ring in his hands. With tears of excitement in both of their eyes, as Andy started to get down on his knee and ask Erin if she would spend forever with him – Erin yelled with excitement “YES, YES, YES!” before his knee could even touch the sand.  Together they shared tears of excitement, kisses of joy, and held each other tighter than ever before. Too excited to eat any of their multiple desserts – Erin asked for all the details, wanting to know everything – from the moment he asked her parents to the moment she just said “yes!”

During the proposal and dinner, Andy had requested the resort’s photographer to show up and take pictures, since Erin lost her digital camera. Another bump – the photographer never showed. Thankfully Andy bought Erin a few disposal cameras.

After a week of celebrating and enjoying engaged life, they couldn’t leave without a few more bumps along the way – a 15 hour layover and Erin’s tablet being stolen (yes all the pictures, gone!) 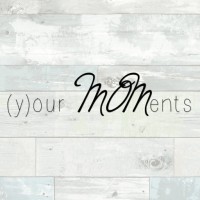 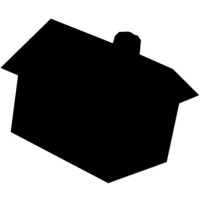 making motherhood a little bit easier with our little ones ♡

from the kitchen & travels of an always-hungry tomato-lover. (updated every other thursday)

Art From the Heart

Laugh, create, and express yourself artistically!

Decorating Solutions for the Dollar Challenged

Chic Me To Death

Dress You Up In My Love

CROCHET. SCRAPBOOKING. FOOD. CHEER. PICTURES OF ALL OF THE ABOVE.

Unique skincare proudly made in England

fixed on the unseen

Sweeten up your next event

THE LITTLE THINGS DIY
This Is Not A House
rachel kathryn

Vegan-Friendly Stories for all ages